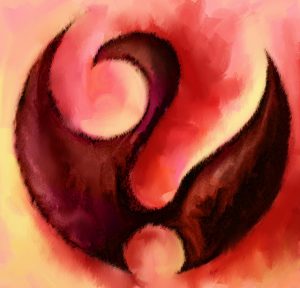 In theory it isn’t, because it’s a closed question – the answer is either ‘Yes’ or ‘No’. But it is also an emotive question. Why?

[i type=”icon-ok” color=”icon-blue” bg=””]If I say ‘Yes’ – then I am responding as the questioner would like. And I am also committing myself to accepting an obligation.

[i type=”icon-ok” color=”icon-blue” bg=””]If I say ‘No’ – then I am not committing to anything. But I am disappointing the requester. And ultimately repeatedly responding ‘No’ might weaken our relationship.

A little about Open and Closed questions

[i type=”icon-ok” color=”icon-blue” bg=””]Closed questions require a ‘Yes’ or ‘No’ answer and are designed to shut down a conversation and may not give the questioned a chance to respond. However, ‘Yes but…’ or ‘No but…’ gives the receiver a way out and an opportunity to qualify their response.

[i type=”icon-ok” color=”icon-blue” bg=””]Open questions such as ‘Who…?’ ’What…?’, ‘When…?’ ‘How…?’ dig deeper. For example, ‘When…?’ can elicit facts. And a greater question can start with ‘Why…?’ which not only may elicit facts but also an opinion. An even greater question would be ‘How do/did you feel about…?’ And a truly great provocative question might start ‘How do you think I felt when you ….?’

Governments typically set referendums when they want support from the people to ratify a certain way forward.

In some governments if the ‘people’ give the ‘wrong’ answer then after some brainwashing they keep running the same referendum until they get the ‘right’ answer.

In the case of the UK Brexit referendum, the actual Brexit question was ‘Should the United Kingdom remain a member of the European Union or leave the European Union?’ and was designed by the Conservative Prime Minister to quell the support from some of the anti-European conservative MPs. And it was expected by the politicians to elicit a ‘Remain’ response.

This it failed to achieve.

(Interestingly, the original question was a ‘Yes/No’ closed question: ‘Should the United Kingdom remain a member of the European Union?’ however the Electoral Commission decided that might be a bad idea saying, ‘Our assessment suggests that it is possible to ask a question which would not cause concerns about neutrality, whilst also being easily understood.’) 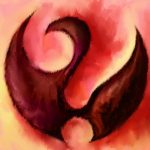 The ‘leave’ response was the marginal winner from those who bothered to vote, and is considered to be a protest vote by those feeling disenfranchised by the elite in Westminster. It was not an expression of actual opinion in response to the question. And so far, it has not been politically possible to re-run the referendum in spite of a lot of toing and froing…and… the crucial question is….

‘…what would the referendum question be?’

What is has achieved is to divide the UK population generationally, within families, between friends along ‘remainer’ and ‘leaver’ sides. It has prevented rational debate which is lost in claims over which side can tell the best lies where facts and accountability don’t matter anymore.

So Questions to Ask in a time of Uncertainty

[i type=”icon-ok” color=”icon-blue” bg=””]Expect the ‘fact’ questions such as ‘Who/What/When/How’ will get emotive non-fact based responses. But still go ahead and ask them.

[i type=”icon-ok” color=”icon-blue” bg=””]If you ask ‘What do you think about..?’ questions you can expect people to possibly get angry in their responses. That’s fine but be prepared.

[i type=”icon-ok” color=”icon-blue” bg=””]Leading questions like ‘Don’t you agree that….?’ can also be fine, unless the person doesn’t agree. By stating your opinion up front you are potentially asking for trouble – better to get their opinion first.

Remember what you want to achieve. If all you want is someone’s opinion, ask what you like. You can disagree privately or publicly prepare for battle. If you want to find facts, ask more probing questions. If you want to influence or persuade, couch your questions in collaborative language. Better still, ask us to help you with some Really Clever Coaching Questions.

More information on errors that have codes here.